HARNESSING THE GENEROSITY OF OUR COMMUNITY

First we just wanted to say thank you so much to all the new TEAN allies who emailed us to say “I’m on board!” – we are so happy to have you join this effort and we are invigorated by your support. It affirms what we’ve always known – the people in this town believe in community and are tremendously generous.

So thank you – thank you for joining us, thank you for making this a great town and thank you for your enthusiasm. Our next email will contain our first ask(s) and will explain more specifically how the process of donating will work but for now we wanted to say welcome aboard and we thought we’d share a story from this week’s NYT’s about an inspirational family in DC.

click the link at the end for the full article.

The Power of a Dinner Table 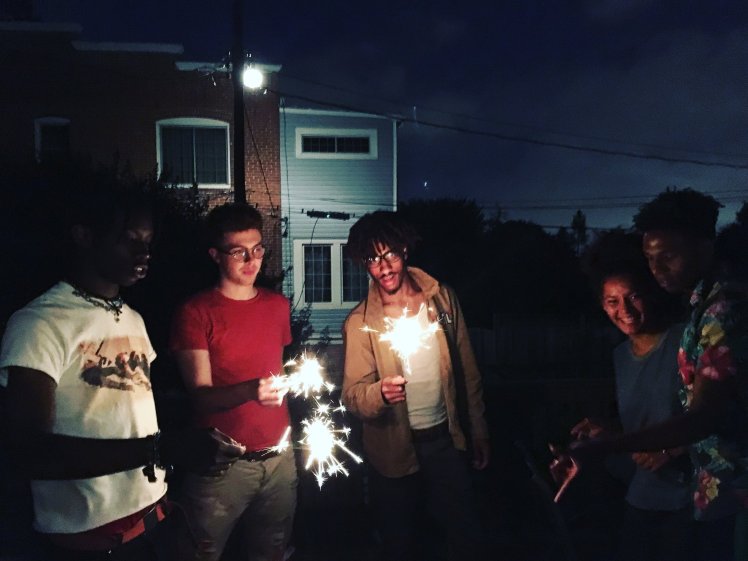 “Kathy Fletcher and David Simpson have a son named Santi, who went to Washington, D.C., public schools. Santi had a friend who sometimes went to school hungry. So Santi invited him to occasionally eat and sleep at his house.

That friend had a friend and that friend had a friend, and now when you go to dinner at Kathy and David’s house on Thursday night there might be 15 to 20 teenagers crammed around the table, and later there will be groups of them crashing in the basement or in the few small bedrooms upstairs.

The kids who show up at Kathy and David’s have endured the ordeals of modern poverty: homelessness, hunger, abuse, sexual assault. Almost all have seen death firsthand — to a sibling, friend or parent.

It’s anomalous for them to have a bed at home. One 21-year-old woman came to dinner last week and said this was the first time she’d been around a family table since she was 11.

And yet by some miracle, hostile soil has produced charismatic flowers. Thursday dinner is the big social occasion of the week. Kids come from around the city. Spicy chicken and black rice are served. Cellphones are banned (“Be in the now,” Kathy says).

The kids call Kathy and David “Momma” and “Dad,” are unfailingly polite, clear the dishes, turn toward one another’s love like plants toward the sun and burst with big glowing personalities. Birthdays and graduations are celebrated. Songs are performed.

I started going to dinner there about two years ago, hungry for something beyond food. Each meal we go around the table, and everybody has to say something nobody else knows about them.

Each meal we demonstrate our commitment to care for one another. I took my daughter once and on the way out she said, “That’s the warmest place I can ever imagine.”